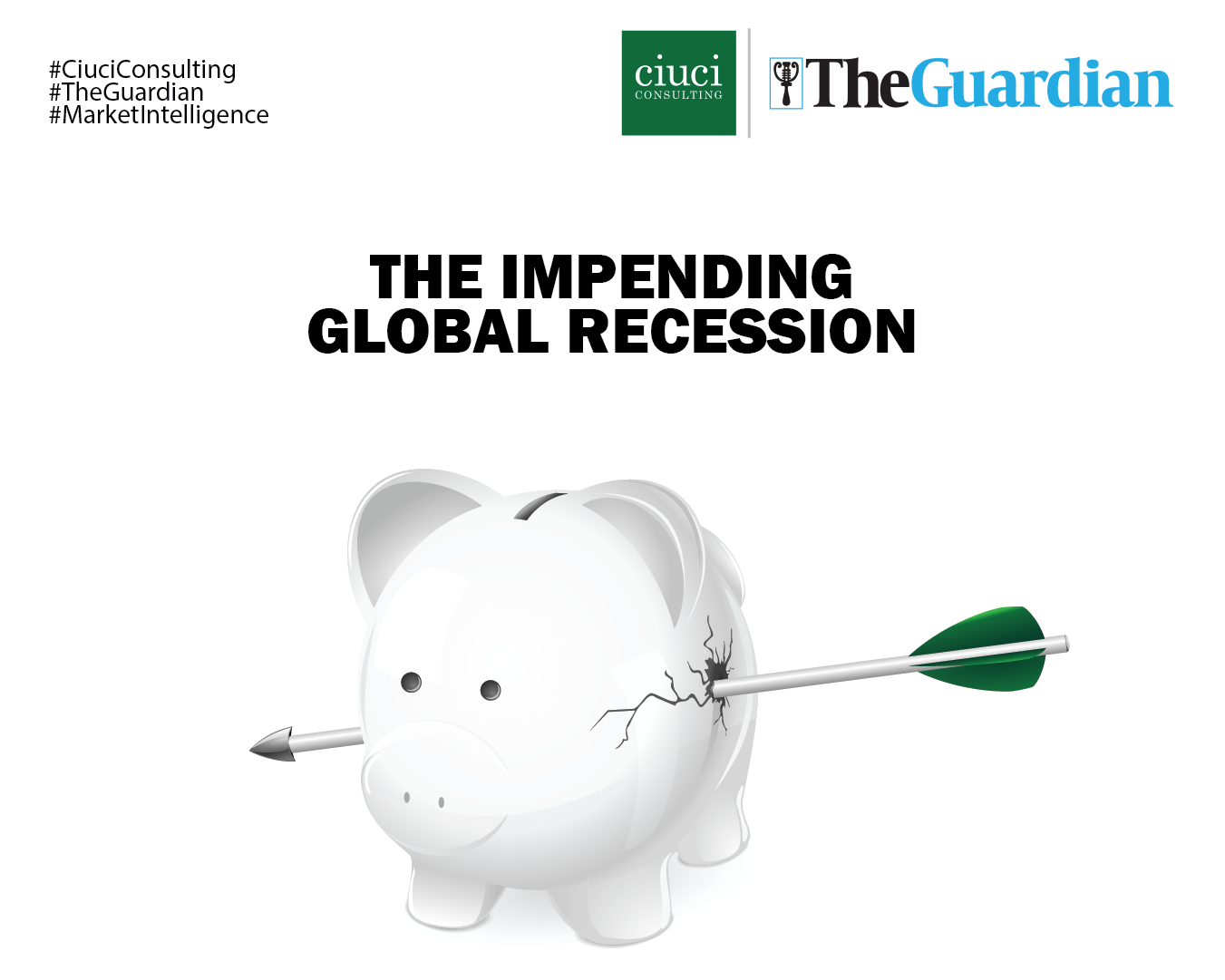 As the COVID-19 pandemic continues to impact the world economy, a global recession worse than the global financial crisis of 2008 seems to be looming. Early estimates speculate that the global pandemic might cause most major economies to lose at least 2.4% of their Gross Domestic Product (GDP) in 2020.[1]

A global recession is a significant decline in global economic activity, lasting more than a few months, and normally visible in real GDP, trade, capital flows, employment, and industrial production. The global financial crisis of 2008 also known as the Great Recession, which lasted for 18 months was the last global recession.  It was an economic downturn that overwhelmed world financial markets as well as the banking and real estate industries.

An analysis of the global recession of 2008 provides insights that can help predict the likelihood of an impending one. Economic indicators like GDP, unemployment and interest rates are critical to this analysis.  The GDP measures the market value of goods and services produced by a nation and economists have stated a healthy growth rate to be between 2–3%.[2] A slow economy increases unemployment rate as companies make less revenue and begin to lay off workers to cut costs.  However, interest rates usually do not increase during a recession, because lower interest rates encourage borrowing and spending which stimulate the economy.

Although, it is relatively early to confidently predict the course of a global economic downturn due to the ongoing spread of the COVID-19 virus, early indicators suggest a global recession is inevitable. According to J.P. Morgan economists, the global economy should be prepared to experience unprecedented contraction, because different containment measures are causing setbacks in monthly economic activities.[3]  Countries have imposed travel restrictions, border closures, quarantine measures and lockdowns to reduce the spread of the virus, but these measures have directly impacted both supply, in terms of production of good and services, and demand.

The Organisation for Economic Cooperation and Development (OECD) has reduced its 2020 real GDP growth projections for almost all economies. The OECD projects that the global GDP growth could plunge this year to 1.5%, approximately half of the 2.9% rate it forecasted before the outbreak began. The U.S economy is projected to contract by 14% in the second quarter of the year, while countries part of the Euro will experience greater contractions with declines of 15% and 22% in the first and second quarters, respectively.3

African economies should expect a reduction in their GDP growth rates of between 5-8% that could lead to a loss of between $90 – $200 billion in 2020.[4] The largest economies- Nigeria and South Africa are expected to shrink by 6.9% as they rely on exportation of commodities. Angola and Zambia are to experience the highest contraction with a prediction of up to 9% in their economies.[5]

Furthermore, the demand for oil has fallen and may not recover soon. Oil prices have fallen by 54% since the beginning of the year and there are speculations that oil for less than $10 a barrel is on the horizon. This will certainly pose a challenge for countries such as Nigeria, Iran, Libya and Iraq, where oil revenue constitutes the bulk of their economies’ revenue.

Investors have also removed a total of $83 billion from emerging economies including India since the beginning of the outbreak, putting pressure on the underdeveloped countries.[6] According to the Centre of Economics and Businesses Research, the UK economic output is down by 31% which is costing the economy £2.4 billion per day.[7]

Businesses are facing challenges due to the global lockdown, especially those in the aviation, tourism, professional services, manufacturing and hospitality industries. The lockdown has halted the operations of most businesses, both small and large scale, with significant declines in revenue and job losses. While some have lost their jobs, others are uncertain about the status of their employment.

According to the U.S Department of Labour, the number of jobs lost in the last month has hit over 10 million, while over 5 million workers have lost their jobs in China in the last two months.[8] The International Labour Organization (ILO) estimates an increase of 5.3 to 24.7 million in global unemployment, and an increase in underemployment meaning a lot of people will have reduced working hours and wages.[9]  Reduction in employment will translate to significant losses in income for workers – ILO estimates a loss of between $860 billion and $3.4 trillion by the end of 2020.[10]

COVID 19 will have a devastating impact on the unemployed and individuals living under the poverty line. The last unemployment report released by the National Bureau of Statistics ranked Nigeria as 21st amongst 181 countries with an unemployment rate of 23.1% and poverty capital of the world with an estimate of 87 million citizens living below $2 poverty threshold.[11]  These numbers will only skyrocket with the lockdown in place to reduce the spread of the virus.

In a bid to fight the pandemic as it threatens global recession, central banks are developing measures to contribute to the economy.  South Korea’s Central Bank- Bank of Korea reduced its interest rates from 1.25% to 0.75% and Bank of England reduced interest rates from 0.75% to 0.25%.[12] Also, the U.S government reduced its interest rate to essentially zero, between 0% to 0.25% down from 1% to 1.25%.[13] These measures will help reduce debt obligations of businesses and reduce the ripple effect on economic growth and inflation.

Businesses and individuals will be able to repay loans at lower costs. In addition, people will be more willing to borrow money for their business ventures which can have a multiplier effect on the economy. The overall effect will lead to more money in circulation which will stimulate and help bail economies out.

The global pandemic has posed serious challenges at national, regional and global levels. Severe costs are expected due to the rapidly increasing number of infected people and the current global lockdown.  The inability to manufacture goods to meet supply and demand will continue to cause less economic activity, the lockdown will accelerate job losses, some businesses will struggle to stay afloat, and people will struggle to get back into the labour market.

In the last month, the US has lost more jobs than in the Great Recession. These indicators show that we are at a relatively early stage of another global recession. Therefore, countries, regions and global bodies need to be more collaborative in their efforts. It is imperative we all have a global and holistic resolution to this problem, because in today’s globalized world, one county’s problems can affect the whole world.

[1] (Duffin, Impact of the coronavirus pandemic on the global economy – Statistics & Facts, 2020)